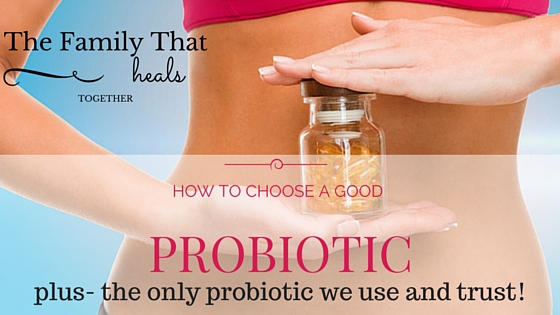 On our journey to better health, from the GAPS diet to Paleo, and even slacking off, one thing has remained constant as I’ve cared for my family: our need for a good probiotic. It can be really hard determining how to choose a good probiotic!  We have tried many brands, and honestly sometimes have gotten a lesser quality at times based on our budget.  The problem with lesser quality probiotics is that most of them contain fillers or allergens.

Additional ingredients that many probiotics contain include:

Just like in our food system, probiotic ingredients are sometimes difficult to pronounce and may have mysterious origins.  For those seeking to take therapeutic doses of probiotics, these ingredients can be harmful to healing, as many of them serve to further irritate the gut.  If you’re going to go through the expense and trouble of taking a probiotic, you should make sure it’s one that doesn’t do any harm along with any good it might be doing.

Not only are ingredients important when it comes to choosing a probiotic, but it’s important to look at the bacterial strains present, as well as how many colony forming units (CFUs) are in a dose.  While a good variety of bacterial strains are necessary, it’s also important to note which kinds of bacteria are in the probiotic, as some are not very compatible with the human gut, particularly compromised guts.

Equally important is how many CFUs are in each dose.  For therapeutic dosages, it is necessary to take at least 15-20 billion CFUs per day for an adult (the Healthy Home Economist has a helpful chart here which highlights suggested daily CFUs for all age groups).

Another important consideration when choosing a probiotic is the actual strains. As I said, variety is important, but too much variety, or too aggressive of strains can irritate the gut or cause more problems than good. Some guts are so damaged, that a gentle, yet effective probiotic is needed.

The Only Probiotic I Trust

I have tried so many different types of probiotics at this point, and there is only one brand I fully trust to deliver the results my family needs: GUTPro.

GUTPro is one of the few probiotics on the market that have no added ingredients.  None.  If you purchase the powder alone, all you will find in the ingredients is the bacterial strains.  If you buy the capsules, you will get only the extra ingredients found in the vegetarian capsules, which the creators of GUTPro painstakingly chose through much research.

This formula has been so thoroughly and carefully researched and has been found to be effective by many who adhere to diets such as GAPS and SCD, and is recommended by many practitioners whose clients experience severe gut abnormalities. And with eight carefully chosen strains, the formula is therapeutic without being too aggressive. We have found that the GUTPro formula has promoted regularity and gut healing for us without the effects of other more aggressive probiotics, such as increased eczema.

One bottle of this concentrated probiotic powder contains 240 servings of adult-sized therapeutic dosages of 25+ billion CFUs!  (If you’re giving it to a child, the dosage is half.)

We have been taking GUTPro for about two years now. When we first began taking it (starting with small doses and working our way up to the therapeutic dose), we felt a sort of “clearing out” of our digestive systems.  While it was a gentle cleansing and we didn’t have any terrible die-off symptoms (likely thanks to the extensive healing we had already done through diet), everyone seemed to get “cleaned out” the first couple weeks on the probiotic.  We were even able to get off of a supplement we’d been taking to help keep everyone regular, as the GUTPro alone did the job.

The most exciting result of taking GUTPro occurred about six weeks after we began taking it.  My third son, who was around 18 months old at the time, had mild eczema (that previously was only helped by completely eliminating dairy) which completely vanished!  Because eczema is closely linked to food intolerances, I knew that healing his gut was in order to eliminate his eczema.  The GUTPro seems to have done the trick because not one hint of eczema has returned, another couple months later.

Also, I should note that I was pregnant for the first six weeks or so that I took GUTPro and our fourth son never had any reflux.  If you’ve ever had a baby who spits up, you know this is the hugest blessing!  I’ve never had a baby that didn’t spit up and I know it’s because he had such healthy gut flora (and because we eat better than ever have before!). Later down the road, he became constipated. I tried everything: frequent chiropractic care, tummy massage, feeding him coconut oil, but nothing consistently worked. I even bought a special probiotic formulated for infants. I wish I had tried GUTPro sooner, because the minute I started giving it to him, his constipation cleared right up and has never returned. GUTPro actually has a formula for infants as well, and I wish I had tried it from the beginning. If I have any more babies, I will probably use GUTPro infant from the beginning to help get their gut flora off on the right foot.

After trying several different brands of probiotics, and now having been on GUTPro for a couple years, we can tell the difference!  The concentrated powder works well for us and one bottle will last many months for our whole family of six. If a single person is taking it, it will probably last them even longer.  GUTPro is actually very cost effective if you break down the price per dose.

I challenge you to try GUTPro and see if you don’t feel a difference over lesser-created probiotics!

Have you found probiotics to be an important part of your health routine? 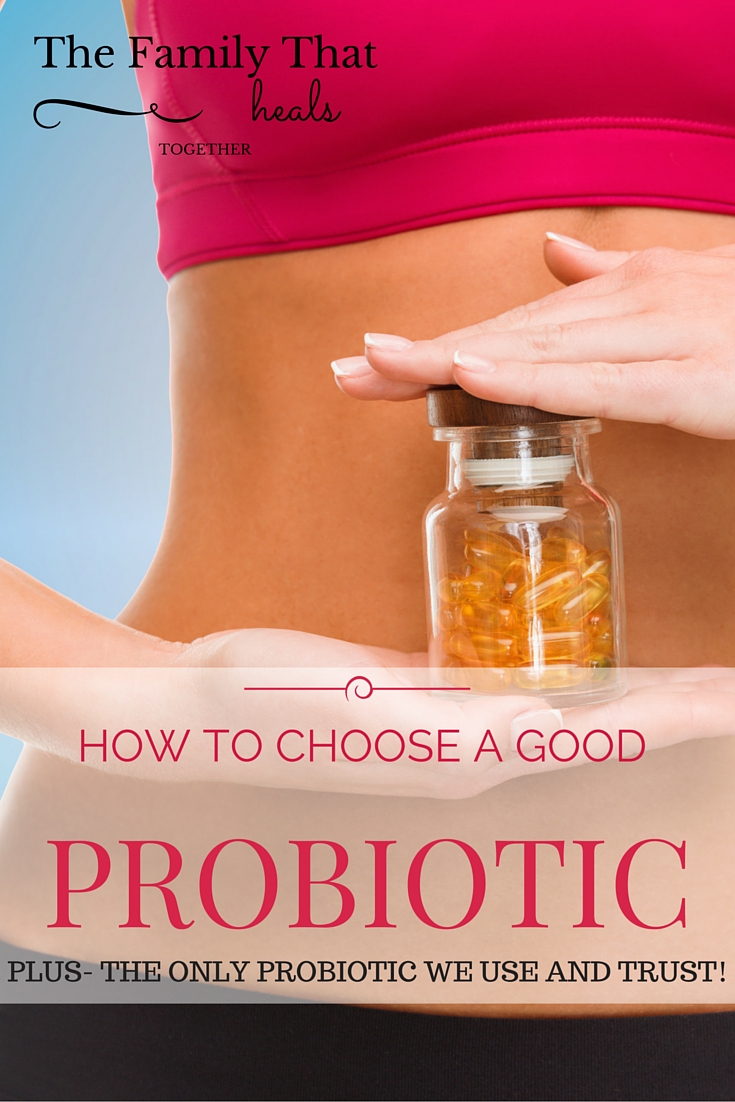 What’s The Cause of Oppositional Defiant Disorder?
Is the Paleo Diet Healthy For Kids?