Probiotics can do a lot to support the gut, immune, and brain health. You can literally feel the difference. So choosing the right probiotic matters. But how about soil based probiotics? In this post, we’ll share everything you need to know about SBO probiotics along with her personal favorite. 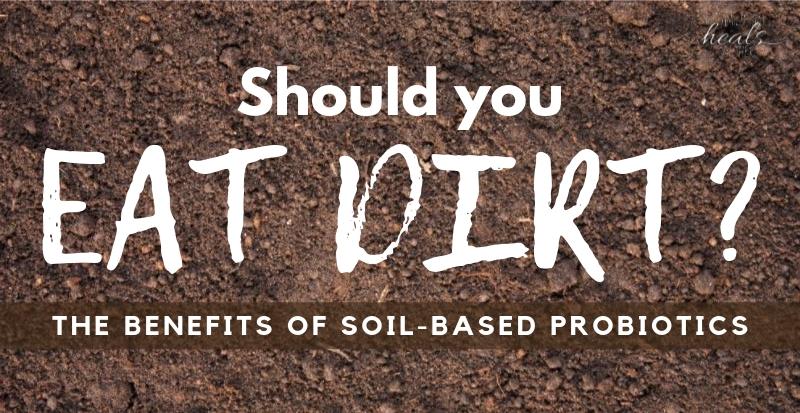 Whether scrolling your feed or shopping at the market, you may have heard about the benefits of probiotics along with exposure to soil and the microbes in it. From improving mood to supporting the immune system, contact with the good microbes in healthy soil boasts a variety of health benefits.

Unfortunately, we don’t get nearly the exposure to these soil-based benefactors that we once did.

Thankfully, high-quality SBO probiotics, also known as soil based organism probiotics, are easier than ever to find.

A great book to read on the subject is Eat Dirt by Dr. Josh Axe. Grab it here.

What is an SBO probiotic?

An SBO probiotic is a self-stable probiotic supplement that contains beneficial strains of microbes found naturally in the soil.

These good-for-you microbes were once a common part of our diet. But hyper-sterilization of our environment and the food we eat along with destructive agriculture practices have drastically reduced the amount of these microbes we consume.

A soil based probiotic helps us replicate the microbial exposure that our body expects from its environment.

Are soil based probiotics better?

That depends on who you are and your needs. Generally speaking, soil based probiotics are often better than traditional multi-strain probiotics.

These bacteria flourish in the gut environment, germinate, and release spores that “seed” the gut with more helpful microbes. But you want to select a soil based probiotic that has been tested to ensure it has healthy spore-forming microbes and is free of pathogenic microbes.

Why is dirt good for you?

Eating dirt, also referred to as geophagy, has been documented around the world for thousands of years. Nearly all early native cultures around the globe included some form of eating dirt.

While there have been several hypotheses about why people intentionally eat dirt, the most likely reason is called the “protection hypothesis.”

A 2011 study found that the people most likely to consume dirt are those in stages of life when they are especially vulnerable to pathogens, such as young children and women in early pregnancy. Those who live in warm climates where food-borne microbes abound also tend to consume dirt.

As it turns out, exposure to soil and its microbes support overall health.

Humans have always lived in a symbiotic relationship with the surrounding environment, including the microbes in the soil. The body has evolved with soil based organisms and needs them to function properly. Especially in this modern age of obsessive cleanliness, indoor living, antibiotic overuse, and processed food.

According to many authorities, removing ourselves from this close relationship with soil based organisms may contribute to the epidemic of chronic health issues we currently face.

Who should take SBO probiotics?

Many people in developed countries can benefit from taking at least some SBO probiotics.

As mentioned above, we are meant to live symbiotically with soil based organisms, but we have a tough time getting adequate natural exposure. This is because many of us no longer know where our food grows. We live and work in urban environments. And most folks have taken at least a couple courses of antibiotics.

That being said, you want to be sure that the product you take has been tested for the absence of potentially pathogenic microbes and that it only includes healthy microbes.

Bacillus subtilis, one of the most common and beneficial microbes included in SBO probiotics, can sometimes cause issues for people with sensitivities to industrial detergents and cleaners where it is a major active ingredient.

Sensitivity to B. subtilis is relatively rare and bacillus-based cleaners are increasingly being used in hospitals for their benefits.

Are soil based probiotics good for SIBO?

SIBO results from too many bacteria invading the small intestine, which needs to be relatively clear of microbes. As a result, when someone suffering from SIBO takes a traditional multi-strain probiotic, it can make things worse.

Because soil based probiotics do not colonize the small intestine, they do not feed the overgrowth that you see with SIBO. They also appear to have innate ability to know where to grow. Small studies done on those with IBS and SIBO taking SBO probiotics show very promising results.

What is the best probiotic to use?

With new brands hitting the market every day, you may have a hard time finding a product that’s right for you. For starters, make sure that the strains of microbes included have good data and research backing up their claimed benefits.

Our favorite soil-based probiotic is Just Thrive. It’s an SBO probiotic with four carefully-selected, proven strains of soil based organisms for gut health. It’s all-natural, non GMO, and made WITHOUT soy, dairy, sugar, salt, corn, tree nuts or gluten, as well as vegan, paleo and keto-friendly. Get it here.

Another high-quality probiotic supplements I recommend is Smidge, for those with exceptionally sensitive systems or histamine intolerance. Get it here.

As with any other supplement or step you take to enhance your health, there is no such thing as a one-size-fits-all approach.

While probiotics can improve gut health, it is important to select the product that fits you and your needs the best. Good thing there are some quality options out there for everyone! 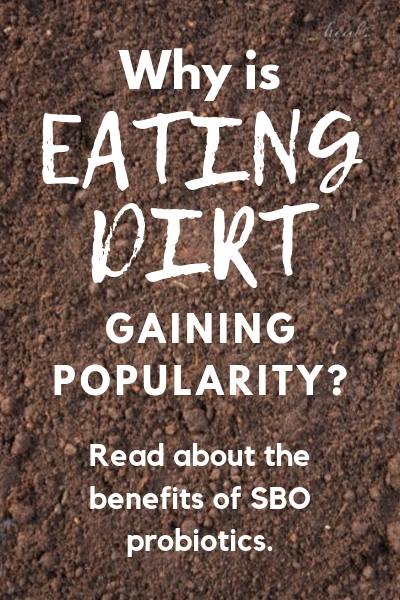 What are your favorite SBO probiotics? Share in the comments!