There are many ways to support liver health. You can even detox your liver in sync with your menstrual cycle. In this article, Danielle shares how castor oil packs give your liver some love while reducing the aches and pains associated with stress and clogged detox pathways. 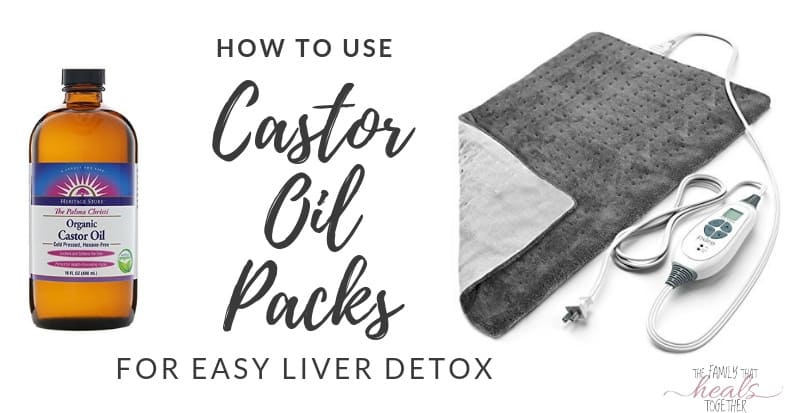 What is a castor oil pack?

Ricinoleic acid makes up about 90% of the fatty acids in castor oil. It’s responsible for the health benefits found in regularly wearing castor oil packs.

To make a castor oil pack, you simply apply a piece of fabric soaked in castor oil to the body. The castor oil pack acts as a poultice, working its magic as it moves lymph and reduces pain.

Most health food stores sell castor oil, but be sure to locate one that is cold-pressed and free of additives and hexane like this one.

What are the benefits of castor oil packs?

Well known for its ability to get rid of inflammation and relieve pain, castor oil applied to the skin for a long period of time as a “pack” or poultice will help to move lymph fluid and improve circulation. This, in turn, speeds up recovery, promotes healing, and moves waste out of the body.

Signs you should use castor oil packs

If you notice the symptoms of poor liver function, have a history of liver issues or even a liver diagnosis, castor oil packs may be a great addition to your treatment plan or overall health upkeep.

Signs of a slow liver include:

In addition to these symptoms, if you are in the middle of a detox, go ahead and support your liver with a castor oil pack.

Do not use castor oil packs when menstruating, pregnant, breastfeeding, or during an acute infection or condition. Consult your physician before using a castor oil pack.

How do you use castor oil packs?

You only need three things to complete your first castor oil pack, unless you want to also include a good book or the newest episode of your favorite show, which I also recommend.

Because castor oil can stain, wear old clothes and lay on an old towel while wearing a castor oil pack.

Between uses, store the oil-soaked cloth inside a jar or glass container. The cloth can be used at least a dozen times, but add more oil each use.

How do you heat up a castor oil pack?

Heat allows castor oil to absorb into your skin and works its way to your internal organs.

A heating pad is the simplest method, but a hot water bottle works too. For longer sessions, a heating pad will provide more consistent heat.

Can I use castor oil packs every day?

You can, as castor oil packs do not cause serious detoxing symptoms. Although, it is a good idea to take extra precautions and start slow, then increase frequency.

Once you notice an improvement in digestion and energy levels, go ahead and up your time and frequency. Do not use castor oil packs during pregnancy.

For many folks, castor oil packs are a must-have addition to any natural health protocol. The liver plays such a big role in your overall health. Go ahead and show it some love.

Do you use castor oil packs? Leave a comment and let us know if they work for you!