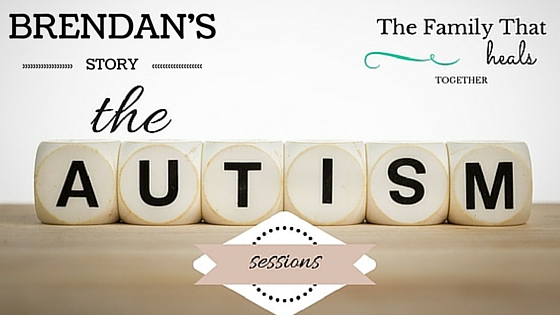 I pick up the phone to call Candace, and I’m excited because I know she has a story to tell. I don’t expect to be hit full force, to see God’s full-on glory in this one phone conversation. But I do. And the excited voice on the other end can’t help but spread His glory, His love, her story. A story about how He makes the blind see and the autistic see more clearly. A story of a family fighting for health, fighting against hell itself to claim the abundant life we’re offered even now.

Her story begins with autism, but autism is no longer part of the story. Candace’s son, Brendan has been healed of autism, which she says “was definitely, 100% a touch from the Lord”, but it was something she had to walk out and work through. “Some people want a miracle, where healing is instantaneous versus having to walk out a process of healing that takes time,” she says. “Too many people feel a touch from the Lord, but because they don’t have instantaneous healing, they choose not to believe it and instead partner with the enemy [and believe they are not being healed].”

But Candace pulls no punches: “We have to make choices in the process.” She says that when she decided enough was enough, “I said, ‘I don’t want my kid to have autism anymore.’ So, we started making positive choices. We stopped putting food coloring in our bodies. We tried gluten free for a while. We took out high fructose corn syrup. We saw a difference just from the food coloring and high fructose corn syrup, but I was still sick and doing the best I could, so I wasn’t ready to make big changes yet.”

Around this time, Candace was at a gathering with other believers when a speaker called her up and told her her son was going to be healed from autism. The woman did not know Candace, but her prophetic words would have a powerful effect. Two years later, Candace says, something came alive in her: “Probably a word from the Lord. I began believing for Brendan’s autism to be healed.” They hit a turning point when speaker Chris Gore came to their town. Chris had seen kids heal from autism and Candace knew she had to take Brendan to see him. At the end of a long night of Chris praying over many people, Candace was feeling like she shouldn’t ask for prayer for Brendan, but Brendan insisted! When Chris prayed over him, Candace says, Brendan tangibly felt the autism “lift off” of him. This was May 23 of 2013.

“Did we immediately see no signs of autism? Nope. Was it immediately better? Yes!” says Candace. “We immediately weaned him off of his medicine and stopped seeing doctors. I refused to partner with doctors who would tell me healing wasn’t possible.” Candace emphasizes that medication is a personal decision and something she prayed about. She felt the Lord gave her permission to wean Brendan off his medications.

But even as healing took place, she says, “The enemy would throw things in my face.” She would notice Brendan exhibiting an autistic behavior, so she would say “in Jesus’ name, no. My son doesn’t have autism.”

At this time, Candace’s husband, Kelly, was deployed. Although he had asked her to do the GAPS diet in the past and had encouraged better eating habits, Candace had not been convinced of the importance of nutrition. She says the Lord began to urge her to give her husband authority. So when Kelly came home from deployment in October of 2013, they began to make plans and prepare for GAPS. They started the diet in January of 2014. “It was hard and it was hell. We tried to talk ourselves out of it so many times. One week passed, then a month, then 6 months. At 9 months, we felt so much better. And Brendan had started growing quickly, like he hadn’t since he was a baby.”

Brendan’s autism, Candace believes, was caused by a combination of factors. Brendan had been adopted and his mother had consumed alcohol and done drugs when she was pregnant with him. Candace says that adding vaccinations, pharmaceuticals and poor diet onto an unhealthy pregnancy, as well as several surgeries in his younger years, contributed to Brendan’s eventual diagnosis. The one beautiful and natural thing she was able to do for him? Although he was adopted, Candace was able to breastfeed Brendan at 7 hours old, and continued for many months.

In the midst of Brendan’s health problems, Candace was dealing with health battles of her own, including fibromyalgia, anxiety, and depression. Candace says she’d been in and out of mental hospitals for years and was, herself, in need of healing. “Momma has to be healthy,” she says, and being depressed and suicidal prevented her from helping Brendan get healthy. Once she decided to submit to her husband and try the diet he suggested, however, and they chose to implement it as a family, they began to heal as a family. 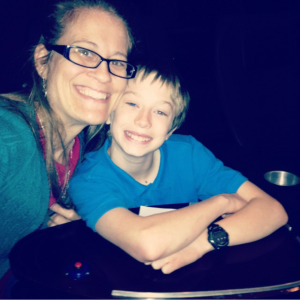 Candace is quick to reiterate that “Sometimes there are things we have to do. It’s not our acts that get us to heaven. But God wants us to act. Yes, He can instantaneously heal us. But that doesn’t mean we can eat whatever we want. We have to do our part. We have to partner with Him.” She says that might not look the same for every family, and families have to focus on what they can, one thing at a time: “This month focus on gluten, then sugar, then whatever.”

Candace likes to say that “God is a God of ‘the but suddenlies’ [meaning ‘but suddenly there’s a miracle’]. He’s also the God of ‘I’m going to make you a promise’ and He keeps His promises, but we don’t know when it’s going to be fulfilled,” she says. She does know one thing: “I choose to believe that God’s good and He’s for us. He does not do this to our children to punish us or teach us a lesson. We stopped putting things on the Lord that were not from Him.”

As far as keeping up morale and putting yourself in a position to succeed, Candace says, “You’ve got to celebrate the small things. It’s also important to get in community with other people who think like you, who believe that Jesus is who He says He is. Do not get involved with people who believe more what the doctor says than what Jesus says.” Instead, she interacts with people who pray for her. She says that medication is not terrible and that God gave people minds, but that we need to be able to know when to use drugs and when not to.

And the GAPS Diet? She has some tips about that too:

“It’s going to be hard,” she says, and although her whole family hated “all the food all the time” and they were all irritable, she knew she was doing what was best for them. She reminded herself and wants to remind others: “[Your children] are not going to die or starve!” Eventually, her family began craving the nutrition their bodies so desperately needed and the much-hated foods became staples in their home. Even though they’ve transitioned to a traditional diet from GAPS, they still drink bone broth every morning because they actually like and crave it!

Finally, Candace says it’s important to keep a goal in mind. A picture or a scripture of what health and wholeness looks like to your family will help to keep spirits and motivation up when quitting seems more appealing. “You have to be able to remind yourself why you’re doing this,” she says.

For parents with autistic children, the motivation seems clear enough. And for kids like Brendan, who is now a sociable, happy part of a healthy family, the work is worth it!