Here’s the funny thing about testimonies: they make you vulnerable. You feel naked and exposed. But if I didn’t tell you about how my marriage was doomed to fail from the beginning, I wouldn’t be able to tell you about what God did for me. For us. This is our story. 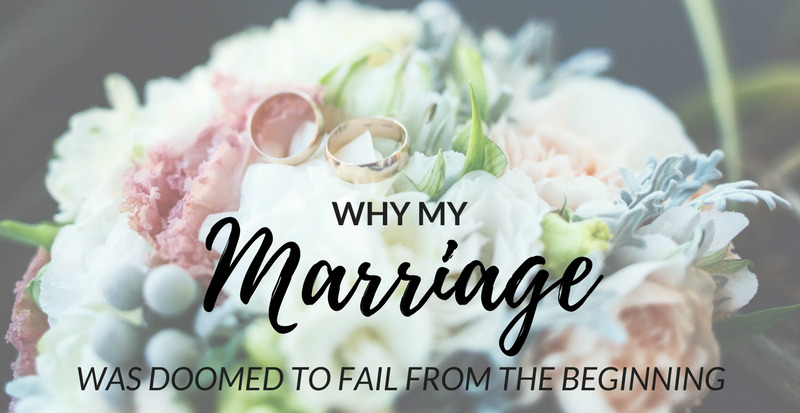 I met David on my 16th birthday.

Turned out he also had a girlfriend. We were intimate almost right away and we continued to see each other for quite a while until I found out about the girlfriend and he had some decisions to make.

He chose her… for a while. Then late one night he showed up on a friend’s doorstep and we talked and started seeing each other again. After a while, I wanted a more meaningful relationship and we made it official (you know, after he asked my daddy!). I had what I wanted and he was my boyfriend, but we had started out on such rocky terms that our relationship was tarnished.

Through the course of the next two years, we broke up, made up and lied to and cheated on each other. Then we got married.

My marriage was doomed to fail from the beginning.

Turns out if you don’t start your relationship off right, it’s hard to start a marriage off right. Add to the tumultuous-ness of our relationship the fact that we got married at 18 and 19 years old and were both very selfish and spiritually immature, and you’ve got the makings of a pretty volatile union. I packed my bags many times and threatened to leave, but somehow through it all, we were both determined to make it work.

The first three years were the hardest. I felt I had made a mistake and David was not the right man for me. Around our third anniversary, we moved to a new town and soon got pregnant with our first child. Things were good, but the relationship still struggled and I still struggled with self-doubt and guilt for who I used to be. 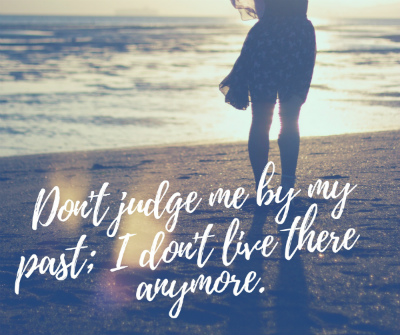 Breaking up with my past

I was molested when I was a very young child. From then on, I was broken, and struggled to see value in myself beyond my body. I was obsessed with my appearance and strived to make sure boys noticed.

I spent much of my teenage years partying and being promiscuous. I was already broken and being good would not fix me. It was more fun to do what I wanted and I wanted to have fun.

I got married without ever telling my husband about the molestation in my past and without ever receiving any sort of counseling to help me come to terms with it.

Finally telling David about my childhood abuse was just a very early beginning to dealing with it, and it would be many more years before I felt ok about it. Our relationship only got marginally better as we grew older and a bit more mature, but I still had trouble seeing myself as valuable and wanted.

Because David was never an especially affectionate person, he failed to make me feel valued and wanted. This dynamic caused me to look elsewhere for affection twice in our marriage, in the form of online chatting and texting, and while I never really said or did anything inappropriate during these conversations, the fact that I used the attention from other men to make me feel better about myself, rather than talking to my husband and working on my marriage was inappropriate in and of itself.

I continued to work on myself, trying to move past the trauma of being molested.

Finally, after several conversations with good and dear friends, I had a breakthrough. I chose to forgive, once and for all, those who had hurt me. I spoke it and it was. And the Lord granted me forgiveness for my past all at once, and, in turn, I forgave myself. And I have never been the same since.

I knew it was time to fix my marriage. The next day I told David how unhappy I was and that I wanted to seek counseling. This was hard for him to hear and he was, admittedly, a bit angry. He thought things were good… I felt differently.

I prayed and continued to urge David to join me in counseling, and within two days, we were sitting in the office of the family pastor of our church. He encouraged us to attend a class at the church called ReEngage. I thought there was no way some class was going to help us and that our marriage was so broken we needed intensive counseling.

We decided to give ReEngage a try. Once we were placed in a small group with five other couples, we were given curriculum and made the commitment to attend for the next five months, give or take.

Through the course of the next few lessons, we learned areas of our marriage that were weak and places we both needed to improve.

It was week four that I will never forget, however, when David and I finally came clean about everything in our past that we had never before shared with one another: I had felt guilty for 12 years about hook-ups I’d had before David and I were even a couple; I told him about the texting and admitted that I had at times entertained the idea of having an affair.

He told me about things that had happened when we weren’t together as well, and a couple of strip club trips since we’d been married. It hurt terribly to tell each other these things, but somehow, in the quiet dark of our bedroom, we had healing and forgiveness.

Because we finally knew each other and became fully known ourselves, we can never go back to the time when we were keeping secrets and hiding parts of ourselves from one another. David knows me and I know him. And we’re not ashamed and we’ve forgiven.

We celebrated our tenth anniversary a couple of months into ReEngage. We chose to commemorate our revived union and the milestone by renewing our wedding vows. Our ceremony took place three days after that heart-wrenching, soul-cleansing, forgiveness-inducing conversation. I was so glad and relieved to be moving forward with such peace in my heart and to be starting a new chapter in our marriage in more ways than one. 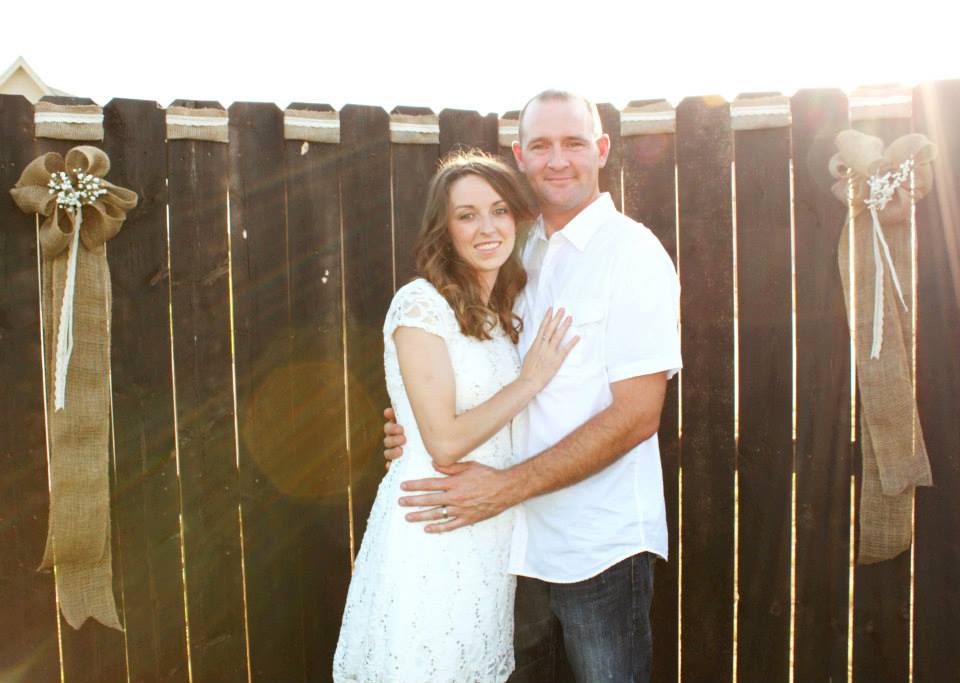 We didn’t know it at the time, but AT our ceremony, I was pregnant with our fourth child!

It’s been almost four years since we completed ReEngage. We still have arguments and we still have to remind each other to give grace, to act selflessly, and to be quicker to forgive, but we now have the tools and communication skills to maneuver sticky situations and conversations.

Because we chose to go through the hard stuff, we have a healthy relationship to move forward with. We have so much more to look forward to together as we continue to grow closer to the Lord and each other all at once.

What I’ve learned from this experience:

So, yes, my marriage was doomed to fail from day one.

From that first night I gave my body to David with little emotion and he took it with the same.

From the first lie to the last infidelity, we set ourselves up to fail. We made poor choices and we had to live with them for a long time. But praise God that what we screw up, He can use for good!

He makes all things new, and today I can say that our marriage has been redeemed. My eyes are welling up with tears as I type this, because I can feel the depth of the Lord’s love for us in every part of our testimony, every good and bad memory and in the hope I have moving forward.

I can feel His love for us in the love He allows me to feel from David. We have fallen completely in love with each other in a whole new way, because the Lord is the backdrop of our love. When we first got together, we lusted after one another. This later manifested in an immature and selfish love that we built a marriage on. We now love each other with a mature and deep love that grows every day and we will continue to strive to love one another the way Christ loves us!

Whether you’ve been divorced, previously engaged, or just dated other people, your heart has attached itself to someone else before your spouse at some point. Only the Lord can make it whole again. How I wish I had been whole when I married David! But we both agree that we have no regrets, because truth be told if we had been on different paths, we probably would have never met. Every part of our pasts made us who we are today.  And you know what?  I’m right where I’m supposed to be.

Find a ReEngage program near you by searching here. 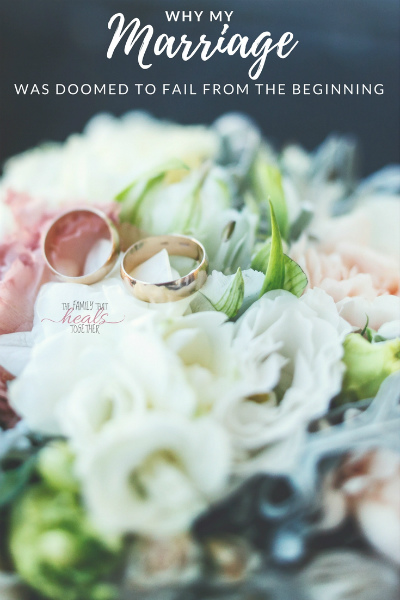 He who was seated on the throne said, “I am making everything new!” Then he said, “Write this down, for these words are trustworthy and true.” Revelation 21:5