You’ve got your colloidal silver and essential oils. But did you know that beta glucan offers its own, special kind of immune support? Whether you’re struggling with allergies, an inflamed gut, or even cancer – you want beta glucan in your medicine cabinet. 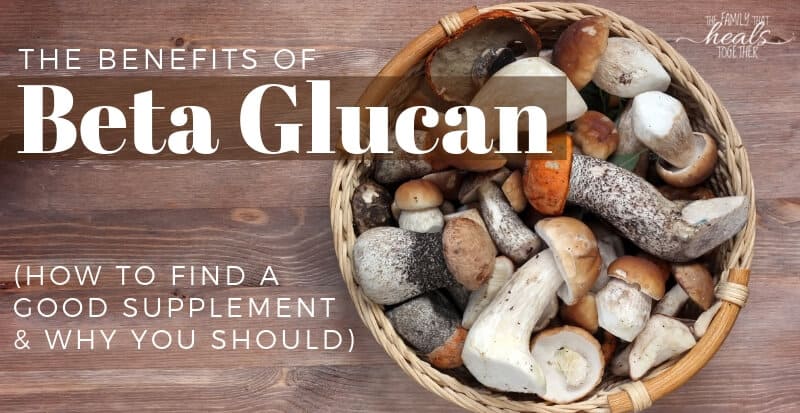 What is beta glucan?

Beta glucan refers to a group of dietary fiber or polysaccharides found naturally in the cell wall of brewer’s yeast, mushrooms, seaweed, and cereals like oat and barley.

Many culinary mushrooms like oyster mushroom, porcini, or shiitake are also sources.

But not all beta glucan is the same. For example, where it comes from often determines the effects it will have in the body.

Beta glucan benefits and what it’s good for

For over 20 years, scientists across the globe have been looking into the benefits of beta glucan. In the United States, it has GRAS status, meaning it’s “generally recognized as safe.” Beyond the US, it’s available several other countries, including Canada, Finland, Sweden, China, Japan, and Korea.

Beta glucan activates the immune system, turning up the dial and helping you to fight infection.

It helps to safeguard against disease and promote a feeling of overall wellness. It’s often used as part of anticancer therapy or to quiet and inflammatory response, such as what you might see with irritable bowel syndrome.

Is beta glucan safe to use?

What makes beta glucan so easy it that it’s found abundantly in nature.

Remember, it’s naturally in the fiber or polysaccharides of mushrooms, yeast, and cereals. Seaweed is another source of this immune-modulating fiber.

And because it’s found in yeast – which coexists with bacteria in the gut as the mycobiome – it’s native to the gut. This means that your immune cells are already deeply familiar with beta glucan.

So, it may come as little surprise to hear that beta glucan is safe and no adverse effects have been reported.

But how does it work with the body?

In short, beta glucan helps to modulate the immune system.

If you think about it, there’s a LONG list of disorders and health problems linked to an overactive or an overburdened immune system. From allergies to depression and cancer, these special polysaccharides appear to lift the load and improve the overall quality of life.

As I mentioned above, there are many sources of beta glucan. And each of these sources has its own unique effect.

For example, beta glucan from mushroom and yeast is more known for its antitumor activity and ability to ward off infection. Whereas that from barley and oat does good things for blood sugar, insulin, and cholesterol levels.

For a long time, no one really understood how something so simple had such a broad impact on the immune system. We now know that some immune cells have a receptor for beta glucan, allowing it to bind to the cells and impact the expression of immune signals.

What’s more, we know that it has the ability to move from gut to peripheral circulation. This tells us that the gut naturally understands and uses beta glucan in food.

How much beta glucan to take daily

Finding the right beta glucan dosage for you depends on your age and why you’re taking it.

If you flip through the literature on beta glucan testing, you’ll find dosage ranges from 100 mg in children to 900 mg in healthy adults with a recurring common cold.

In other studies, patients with advanced cancer and receiving chemotherapy took a preparation containing 15 mg of beta glucan daily and still saw results described as a better sense of wellbeing, less fatigue, and reduced nodule size.

When it comes to the right beta glucan dosage for you, here’s what I would do: 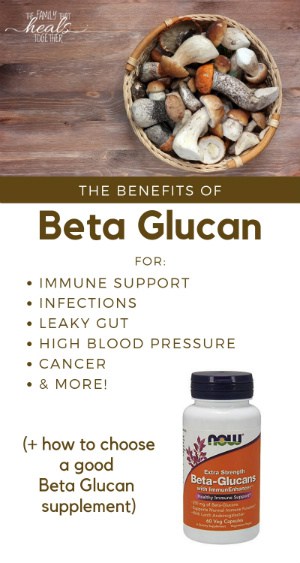 How to choose a beta glucan supplement

Because beta glucan is found in mushrooms, many medicinal mushrooms are marketed as beta glucan supplements. But according to Chinese medicine, some of these mushrooms have other effects in the body that you may (or may not) want.

For example, cordyceps can help with asthma and chronic cough, but it’s also very energizing and contraindicated during an active infection, whereas reishi mushroom is known as a blood tonic and for it’s calming properties.

When choosing a beta glucan supplement, I recommend going with pure beta glucan.

If you are sensitive to yeast or you’re looking for a yeast-free formula, I recommend an algae-based beta glucan supplement like this one.

Why you may want to take this extra special supplement

Obviously, if you’re battling a malignant growth or cancer, beta glucan is sort of a no-brainer. The level of fear that cancer brings and the level of safety in taking a beta glucan supplement makes it very easy to add to your daily regimen.

Recurring infection or trouble with allergies is another reason to supplement while incorporating more immune modulating foods like mushrooms, seaweed, barley, and oats.

And finally, signs of metabolic disease including high levels of bad cholesterol and poor blood sugar control may benefit from extra beta glucan, especially that found in oat or barley extracts.

Have you noticed any benefits when taking beta glucan? Share in the comments!