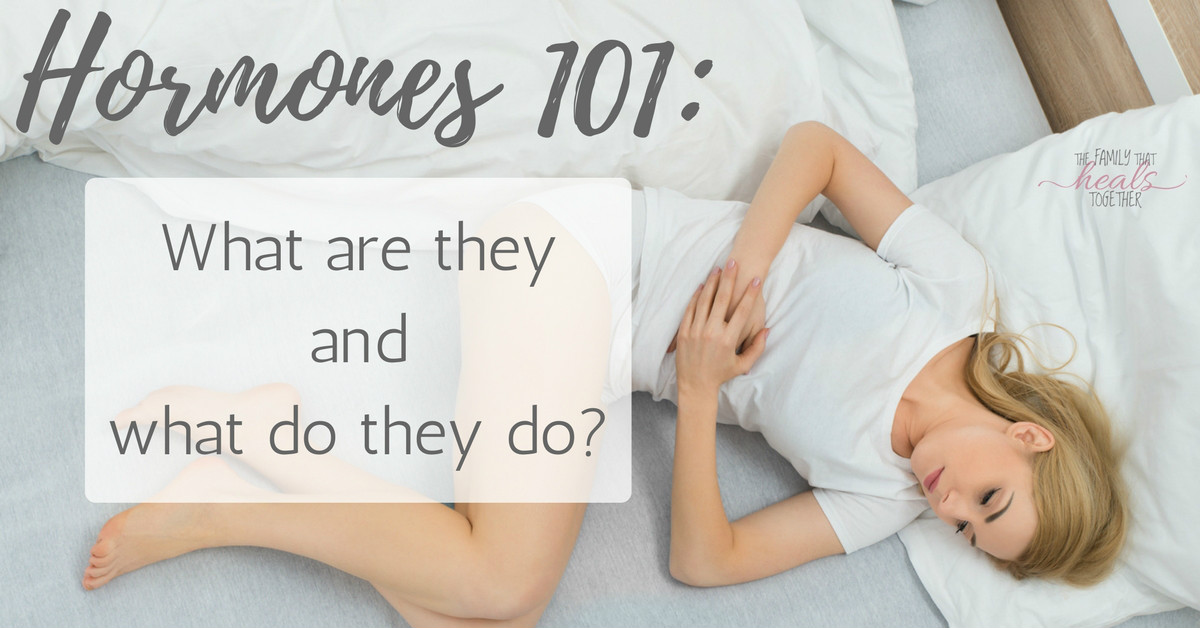 If you’ve ever wondered “what are hormones?”, you’re not alone. We know they’re flowing through our bodies, but what do they actually do? I’m teaming up with Krista Goncalves, BSc, CHN, RNC, to bring you a series on hormones, the first of which you’ll find below. -Jaclyn

Hormones…what don’t we blame them for?

At some point you’ve probably heard a pregnant woman utter the phrase…“Don’t mind me, it’s just my hormones.” Or how about a parent complaining about their teenager needing an attitude adjustment, only to justify it with “it must just be their hormones.”

While it’s certainly convenient to point the finger at hormones for steering us away from a good mood, clear skin and feeling mentally sharp, we have to remember that they’re really just doing their jobs.

Let’s chat more about what hormones really are and why they govern, or at least have a hand in nearly every process in our bodies.

Let’s get acquainted – what are hormones?

They are basically the chemical messengers of the body. They coordinate and control complex processes like fertility and reproduction, growth and metabolism. They also have a strong influence in other areas such as the functioning of the immune system as well as in our mood, emotions and behavior.

Produced in our endocrine cells and glands, there are about 50 different hormones categorized into 3 major types.

The structure of a hormone determines how it works in the body.

The 3 major classes of hormones

By the way, Endocrine means that it functions internally so the products of endocrine glands (hormones) are deposited directly into the bloodstream.

Like the nervous system, the endocrine system is one of your body’s main communicators. But instead of using nerves to transmit information, it uses blood vessels to deliver hormones to cells.

This is the opposite to exocrine glands, like our sweat and salivary glands, functioning externally in our bodies whereby their products are shuttled through ducts that open into the epithelium (skin) and not into the bloodstream.

Let’s get functional – how do hormones work?

First, let’s follow along the path of any given hormone: 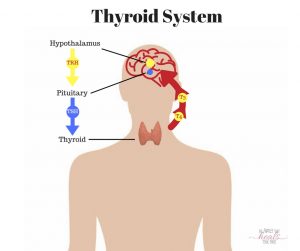 Additionally, while all cells are exposed to hormones circulating in the bloodstream, not all cells react. Only a hormone’s “target” cells, which have receptors for that specific hormone, will respond to its signal – like a moth going innately to a flame!

When the hormone finally binds to its receptor, it causes a biological response within that target cell. Signaling ends when the circulating hormones are broken down and excreted by the body. (source)

Some examples of hormones & their functions:

Melatonin – created by the pineal gland, melatonin is what dictates your body’s natural circadian rhythm or “body clock”. More melatonin is produced at night when it’s dark.

Cortisol – produced by the adrenal glands, cortisol is considered the hormone of stress, governing our fight or flight response and is also critical in dozens of other bodily functions.

Testosterone – this sex steroid hormone is important in the development of sex organs, responsible for sex drive, and influences mood & even our motivation levels. It’s not just important in men either – women rely on healthy levels of testosterone too!

Estrogen (estradiol) – this sex steroid hormone is important in regulating the menstrual cycle as well as in maintaining sex drive in men. It also has an effect on recovery of muscle tissue and in brain health.

Progesterone – this sex steroid hormone is a major contributor in supporting and maintaining a healthy pregnancy, and prepares the endometrium (uterine lining) for the possibility of pregnancy.

Growth hormone (GH) – helps to stimulate growth & reproduction of cells. As you can imagine, bodybuilders would be inclined to increase their levels of GH.

Ghrelin – think of your stomach grrr-owling – this is your hunger hormone. You can imagine what happens when both leptin and ghrelin become dysregulated!

Insulin – this hormone is triggered in response to glucose (sugar) in the bloodstream and is responsible for breaking it down. Due to the propensity toward high-sugar diets, insulin resistance is a major problem these days causing widespread inflammation throughout the body.

Vitamin D3 – why is this on the list? Vitamin D is actually considered a “prohormone” – a pre-cursor to the production of other hormones and why it’s considered a major player in overall hormonal health. Be sure to get adequate Vitamin D, especially in the darker winter months!

Obviously there are many more hormones than just those, and their processes can be quite complicated, and some are not yet clearly understood.

Chemicals that interfere with the function of hormones are known as endocrine disruptors, and we’re going to talk more about these in our Hormone article series.

Let’s Communicate – hormones “talk” to each other

Biological crosstalk is when a component of a signal pathway affects the communication of another pathway.

Dr. Sara Gottfried, MD & Author of The Hormone Cure offers the following example of this crosstalk as it relates to hormonal pathways, specifically with Cortisol, Estrogen & Thyroid in women (adapted from interview):

For women, the way that I think about this is that cortisol is really the boss. It has a way of shutting down your other hormones. The idea here is that with the way you perceive stress, you are “texting” your thyroid and probably your ovaries to dial down, to hibernate, that there’s something dangerous going on, and you need to slow things down.

These three different hormones (cortisol, estrogen & thyroid) definitely have crosstalk, and cortisol is what you’re going to make as a top priority. You need cortisol. It raises your blood pressure. It raises your blood sugar. It modulates your immune system. You need cortisol no matter what, and your body is designed to make that a top priority even if it’s at the expense of these other hormones.

In a nutshell, all of our responses to the world around us are signaled by our hormones. How cool is that?

So as you can see, hormones are responsible for much more than just causing moodiness in pregnant women and angry teenagers with acne and cracking voices!

Now that you have a better idea of what hormones are and how they function, the unfortunate reality is that hormone imbalances and endocrine disorders are becoming all-too-common.

Next in the series, we’ll be talking about what can happen in the female system when hormones don’t play nice!

Can you answer the question “What are hormones?”
Share this post using one of our links for friends who’d love to know more. 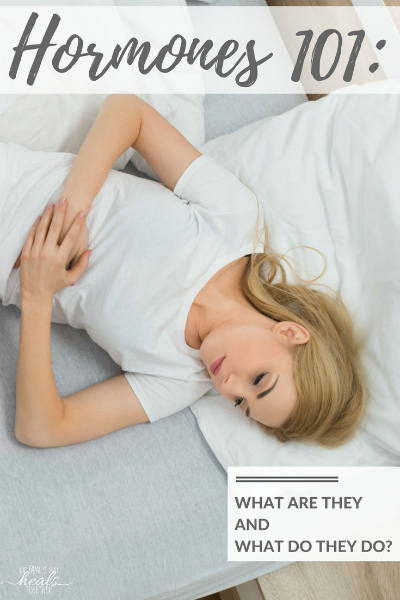