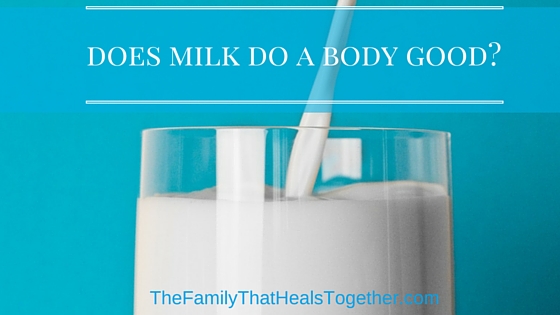 Ezekiel 20:6 “on that day I swore to them, to bring them out from the land of Egypt into a land that I had selected for them, flowing with milk and honey, which is the glory of all lands.”

Growing up, I was told that milk was good for me, that it was necessary for proper health, and that everyone should drink it. But is it true? Should you drink milk?

First there was the “Milk… It Does a Body Good!” campaign, then later on, there was the “Got Milk?” campaign, where attractive and popular celebrities posed with a milk mustache, further solidifying the idea that WE SHOULD ALL BE DRINKING MILK!

But, were these just clever ad campaigns, or is milk something our bodies really need? That is a complicated question.

Milk, The Way It Was

Let’s look, first, at a brief history of the milk industry. From the beginning of time, cows (and goats, and lambs) grazed on green pastures, providing nutritious, creamy milk, which was a staple in early peoples’ diets. Raw milk was milk. The only milk.

In the 1800s, due to war, America began manufacturing its own whiskey. During this time, dairies began to pop up next to distilleries, where cows would be fed the cheap by-product of whiskey making. This resulted in sick cows who produced blue-tinted, poor-quality milk, which began to make people sick. In fact, during this time, infant mortality rates soared, due to mothers feeding them this dirty, diseased milk.

By 1900, most milk was being pasteurized, which helped to kill pathogens, but did nothing to improve the quality of the milk. While some “certified” milk was available raw from healthy, grassfed cows, this was no longer the norm.

By the mid-1900s, pasteurization was in and raw milk was getting harder to come by. The 1950s brought in the boom of the supermarket, and milk was officially a supermarket staple, making small raw milk farmers and raw milk delivery all but extinct. During this time homogenization also came into play, causing further processing and poor health effects.

Soon, raw milk would be banned in many states in the US.

So, what does all this mean for today’s conscientious milk consumer? Today, most of the milk in our country comes from cows kept in confinement lots: dirty, fed a poor diet of corn, soy and other by-products, and given hormones to increase milk production, these cows are not living as nature intended.

On the other hand, let’s look at raw milk.

Clearly, when God told His people He had a land of “milk and honey” waiting for them, He wasn’t talking about modern day’s pasteurized milk that is little more than dirty water. Again, we see a perfect, healthy food that He gave us being turned into something totally different and not at all healthy. Just as fat, in its whole, perfect form, as found in eggs, milk and meats, has been vilified, so has this nutrient-dense food.

This nutritionally-devoid milk is difficult to digest, and has promoted milk allergies, which have become increasingly common. Because the milk proteins cannot be properly digested, they create holes in the gut and, eventually, leak through, traveling through the blood stream and creating an allergic response.

Like gluten, the casein found in milk, contributes to autoimmune conditions, eczema, and chronic digestive disorders. Also, like gluten, many people have a reaction to milk which causes the casein to be turned into casomorphin, which effects the brain, and can contribute to conditions like autism.

Should you drink milk?

So if you can’t buy good milk at the grocery store, what are you supposed to do? Well, you have a couple of options. My first suggestion is to find a local farmer or a local Weston A. Price Foundation chapter and start asking around about raw milk. If you, unfortunately, live in a state where raw milk is hard to come by, or worse, illegal, my suggestion is to avoid milk. However, even in places where you cannot access raw milk, high quality dairy products may still be available.

If you don’t want to miss out on the nutrition offered by dairy products (or really just love them, like I do!), look for yogurt, sour cream, cheese, kefir and butter made from the milk of cows that are pastured or grassfed. Organic is best.

Next week, we’ll talk about making cultured and fermented foods at home, but it is perfectly acceptable to buy high-quality products from the grocery store, though you’ll be surprised at how easy it really is to make some of these things at home!

If you cannot find high-quality dairy, consider eliminating dairy from your diet altogether.

There are lots of alternative milks at most grocery stores these days. Coconut milk is my preferred dairy alternative, which I use sometimes for cooking, or at other times when we have done elimination diets and are avoiding dairy. Full-fat coconut milk is delicious in ice cream, smoothies and puddings and is really quite versatile.

Another option is nut milks. For those who are not intolerant of nuts, this can be a good option as well. If you choose to buy an alternative milk in the cold section at the grocery store, look for one with few additives, as most contain sugar, carrageenan, and preservatives.

How Do I Know If I Should Drink Milk At All?

Some people just don’t tolerate milk, even raw. If you suspect you have a dairy allergy, you should remove all dairy from your diet for a minimum of 30 days before reintroducing and checking for reactions. Symptoms of dairy allergy or intolerance include:

Raw milk does still contain casein, but is overall easier to digest because the enzymes are intact and help to break down the lactose in milk.

Personally, growing up, milk always made me sick. I would often buy milkshakes as a teenager. I would go pick up a milkshake from a fast food joint on my break from work in the afternoons. Usually, I would get sick before I even left work a couple hours later. It took me several years to put all the pieces together and realize I became violently ill after eating ice cream. I rarely even drank milk because just thought of it would make my stomach turn.

Thankfully, several years ago, during my third pregnancy, I was able to start getting raw milk from a friend, and the rest was history! Now, I never drink pasteurized milk, and recently, my sensitive kiddo accidentally drank some pasteurized milk and experienced horrible ODD-like behavioral problems off and on for over a week! There’s just no good reason to drink pasteurized milk.

Share or pin this post below, and network with friends and farmers to source good quality, raw milk! 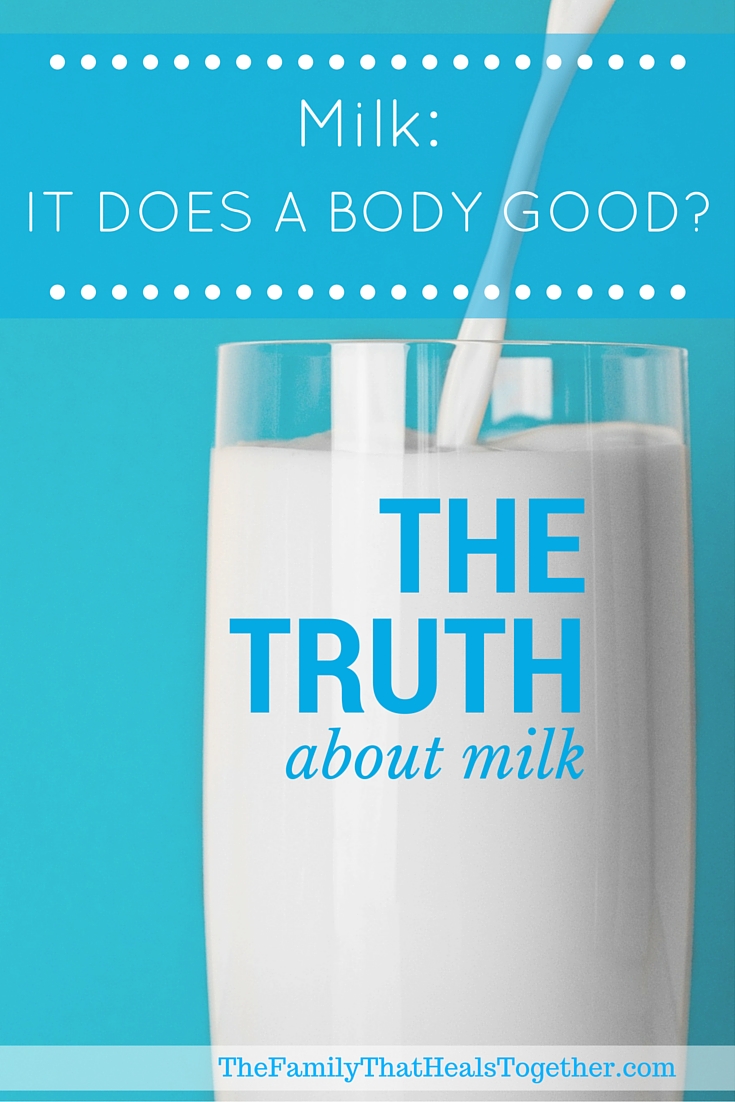