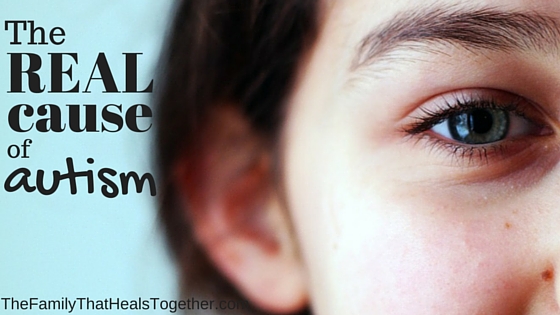 Science is finding new ways to treat diseases and injuries all the time… and yet, research is lagging on autism spectrum disorders. Children and parents are suffering and we aren’t taking this seriously enough (read: The One Thing We Need to Stop Saying About Autism). But if we’re willing to get to the bottom of things and learn about the REAL cause of autism, we can begin to create a plan to heal and prevent autism for future generations.

Autism is not the big mystery it has been made out to be. Not only do we have clear research pointing to some of the causes, but there are hundreds of stories of children who have been healed from autism. Yet, there is this big controversy.

Some parents of autistic children say “I love my child the way he is. Don’t say he needs to be cured,” then call you a bad parent for wanting differently for your own child.

The medical establishment assures you “we’ve got things under control… oh and by the way, there is NO cure and we don’t know what causes autism.”

Don’t even mention that vaccines may be the cause.

Why the controversy? Shouldn’t the goal be to raise healthy children? I wish I could believe that healthy children was a goal shared by all, but the truth is that we’ve been lied to.

We know what causes autism.

We know how to treat it.

We know how to prevent it.

But we’re not allowed to talk about it.

The REAL Cause of Autism

Autism is caused by a combination of factors. Genetic? Maybe. Environmental? Definitely. Cureable? You bet.

Genetics are blamed for autism, but is this really accurate? Yes and no. Genetics DO play a part. That’s why you’ll sometimes see autistic children in families where a dad, uncle, or other relative has autism.

But just because a relative has autism and a child’s genetics predispose him towards the disorder doesn’t mean that child has to get it.

Genetics are the inborn but manipulable factor behind many diseases (i.e. you can dictate how your genetics play out by making good or bad lifestyle choices). There are genetic mutations (like MTHFR, which you may have heard about) that render an individual more sensitive or susceptible to autism and other diseases, but they aren’t necessarily expressing at any given time.

Here’s the thing: genetics may load the gun, but it’s the environmental insults that pull the trigger.

What are environment insults? Is that just a fancy way of saying vaccines cause autism?

It sort of is. But it isn’t just about vaccines. Environmental insults come from every part of our environment: the food we eat; the water we drink; even the air we breathe.

Modern day life has us swimming in a sea of toxins. I can drive through my neighborhood on any given day and see a neighbor spraying their yard with weed killer, which then fills the air for the rest of us to breathe. Chemicals are added to our water supply to make it clean enough to drink and because they are erroneously believed to be beneficial to us. Our food supply is a mess.

If you consider just how many toxins a child is exposed to JUST before they leave for school in the mornings, you may be shocked:

Are vaccinations a problem? Absolutely.

Vaccinations are a huge insult to the body: between adjuvants like aluminum, preservatives like mercury, other additives like antibiotics, contaminants like viruses, and the diseases themselves, vaccines are an intolerable insult to many of today’s immunocompromised children (which is more common than you think! Read Vaccine Contraindications: Six People Who Should Not Be Vaccinated).

All of the factors, combined with genetic vulnerability, contribute to autism. But there’s one more important factor.


All disease begins in the gut

A third cause of autism, which plays into both points above, is poor gut health. As part of the vicious cycle that is poor systemic health and disease, poor gut health is both a cause and result of susceptibility to autism.

This is due to more than one factor:

When a genetically susceptible individual with a heavy load of environmental toxicity and poor gut health eats certain foods, the brain can be directly affected. We see this phenomenon occur in the case of gluten and dairy, the proteins of which can be converted into opioids due to lack of proper digestion, creating gluteo- and caseo- morphins, respectively.

The opioids can make an individual feel like they are tripping on drugs, which may explain a lot about the behaviors of autistic children who appear to be in their own world, with little recognition of what’s going on around them.

Need help getting started with improving you child’s behavior, whether from asd or other disorder, or just occasional crankiness? Get my free e-books:

As you can see, autism is caused by a combination of factors, and the lack of information circulating on the subject has us playing Russian Roulette with our children’s health.

There’s no way to be certain of a child’s genetic predisposition towards autism and related disorders without thorough testing, so we have to be proactive to protect our children by reducing environmental toxins and supporting their immune systems and gut health with proper nutrition and supplements. The gun may be loaded, but we DON’T have to pull the trigger.

Read about the ingredients to remove from your child’s diet NOW to heal behavioral disorders– this is a good place to start! Then head over to how to choose a good probiotic for tips on picking the best one for gut health, particularly for sensitive kiddos on the spectrum; this is the only one I trust for my kids! 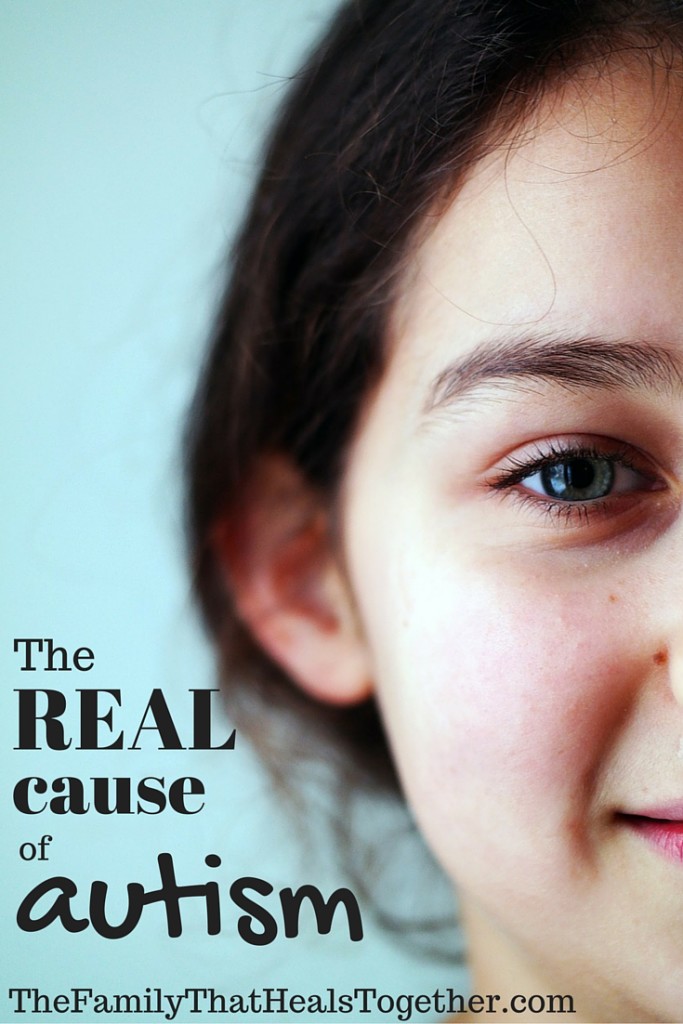 Do you agree that we have some clues as to the cause of autism? Share below and see if your friends agree!